We left Tressies and Karlgarin and turned north on Karlgarin Lake Rd. These unsealed minor roads through this area are so much nicer than sticking to the bitumen main roads. 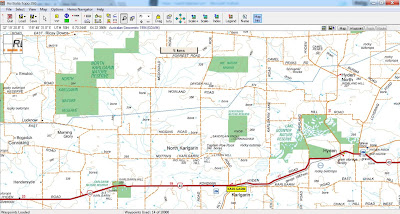 It was on these roads that we saw a nice selection of some very colourful wildflowers.

You can see big black ants on these yellow/gold flowers. Something in there must be a good source of food for them. 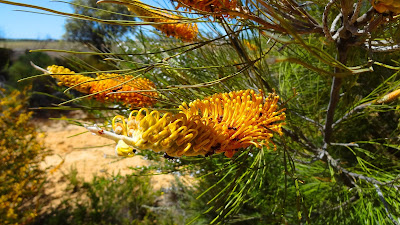 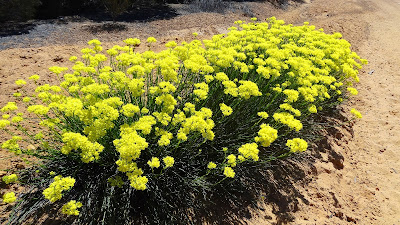 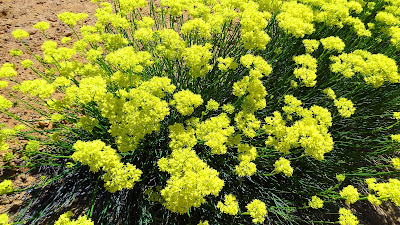 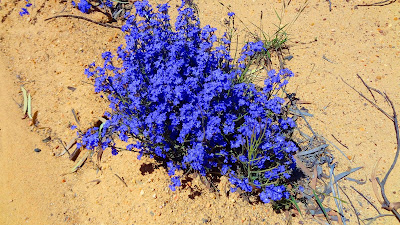 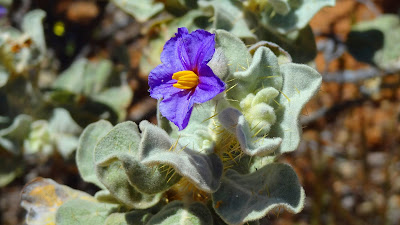 We drove into Anderson Rock on one of these side tracks but it was very tight for a full size van. Nice for campers but really not good for vans.

We also stopped for a look at some dams that had been built onto granite rocks where the water could be captured.

Some of these places have some nice secluded campsites that are probably only ever visited by locals.

We popped out onto the Great Eastern Highway adjacent to Carrabin Roadhouse and drove a little further north to Westonia. 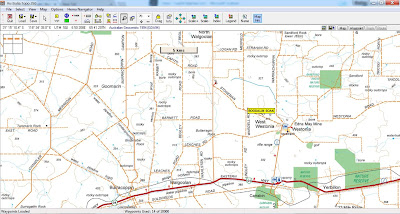 We had a couple of nights in Westonia caravan park. It's very nice and backs onto a camp for the Edna Mae goldmine; a very swish camp it is, too. 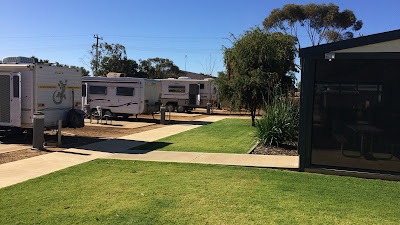 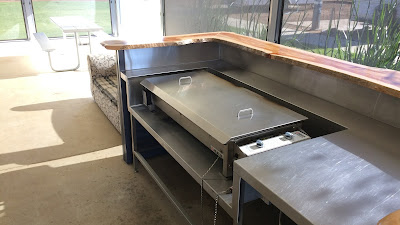 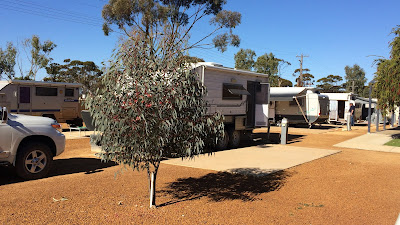 The mine has rejuvenated Westonia.

We met yet another Bushtracker couple here. They were on their way home to Burekup so we had a couple of beers at the Westonia tavern that evening.

One place we looked at during a day trip was Boodalin Soak. This is 6km west of town and was used as a watering point for the early travellers from York to Kalgoorlie. 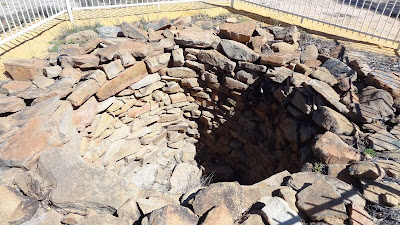 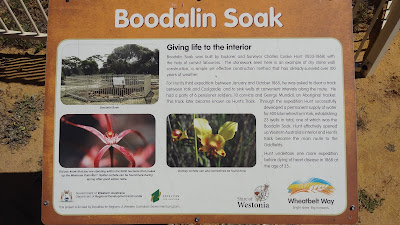 On this same day trip we stumbled onto the abandoned town and mine at Chandler. It was really interesting. 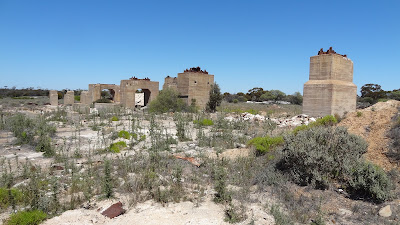 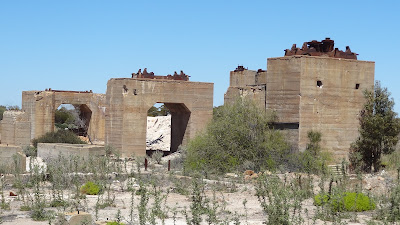 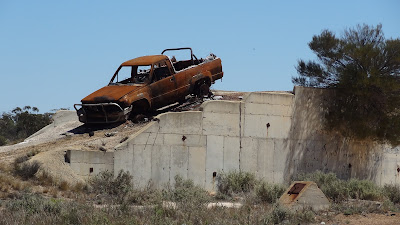 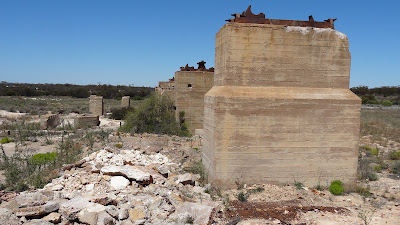 We left Westonia, using the town's Dump Point on our way out. Well sited and plenty of turning room. All good points. Thanks Westonia. 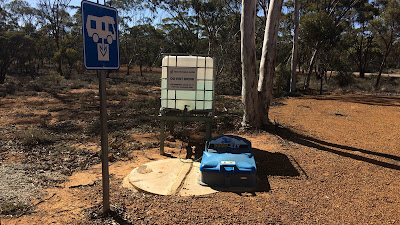 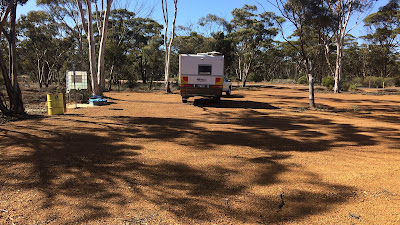 It was only a short drive to our next stop at Nungarin. 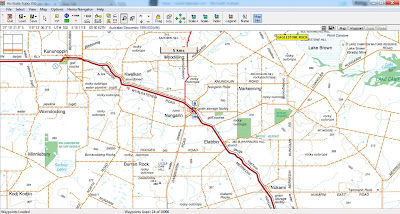 Nungarin has a very nice Community Caravan Park at its Recreation centre. 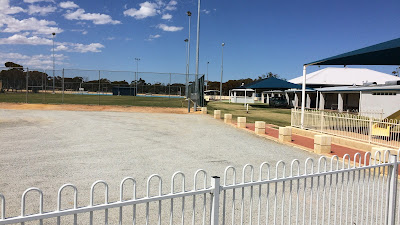 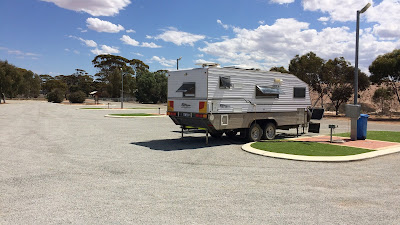 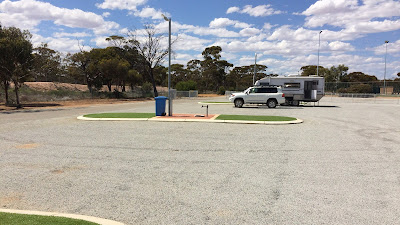 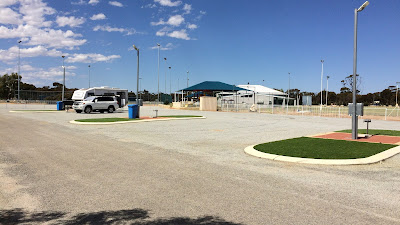 We visited the town's Military Museum https://www.wheatbeltway.com.au/heritagemachineryandarmymuseum/
which was very interesting.

Later that afternoon we sank a coldy or two at the Woolshed pub.

That night a couple of huge thunderstorms came through and dropped a lot of rain on us that made us reconsider the rest of our trip. We were thinking of staying overnight at Kwolyin but when we drove through there were signs saying No Camp Fires. So, the prospect was no campfires and/or heavy rain, so there wouldn't be any sitting outside under the stars. So we decided to head home.

Here is a link to my previous post about Kwolyin. 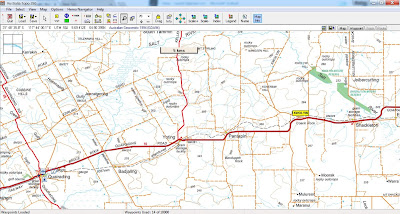 It was only a short trip but was very pleasant and very relaxing.

Our thanks to these towns in our Wheatbelt that are doing it tough but still putting out the Welcome Mat. 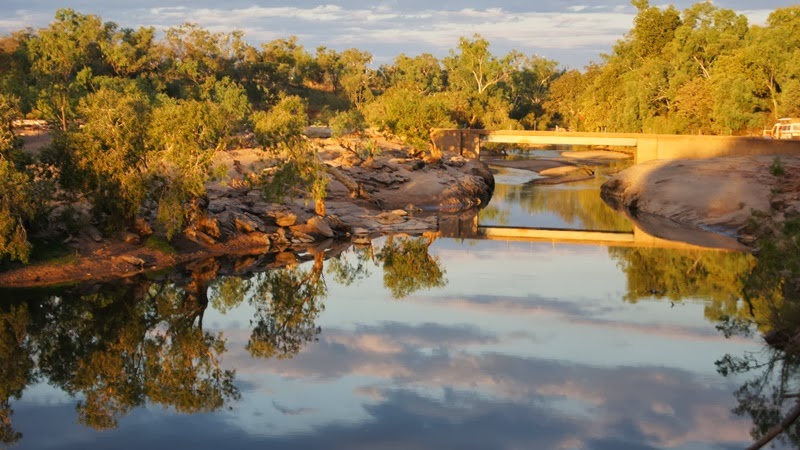 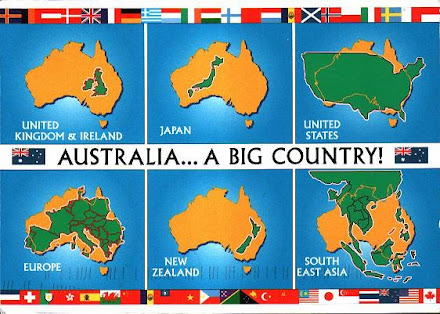